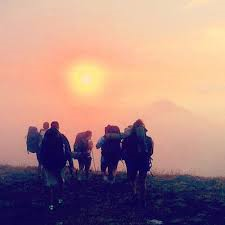 A gap year abroad can broaden more than your horizons

The idea that taking a gap year allows you to “find yourself” is often derided. But if you spend that time living in one foreign country, it just might. And if you can make it years, even better.

Hajo Adam at Rice University, US, led what his team say is the first empirical investigation of the effects of living abroad on “self-concept clarity” – how clearly and confidently someone defines who they “are”. Since people are increasingly spending time living abroad for work or study – and since other “transitional” life experiences, such as getting a new job or getting divorced have been associated with decreases in self-concept clarity – it’s important to study this, the researchers write in their paper in Organizational Behavior and Human Decision Processes.

The researchers recruited a total of 1,874 people to take part in a series of studies. The first involved 296 people, recruited online. Half had lived abroad at some point. They all completed a 12-item self-concept clarity scale, indicating the extent to which they did or didn’t agree with statements like: “In general, I have a clear sense of who I am and what I am” and “I seldom experience conflict between the different aspects of my personality”. Those who had lived abroad had a clearer self-concept.

But might this be because this type of person is more likely to pursue opportunities abroad? To find out, the team recruited 261 more people, 136 of whom had lived abroad. The others hadn’t yet, but had definite plans to, with most intending to move within around nine months. As well as the self-concept clarity scale, participants completed an assessment of their “self-discerning reflections” – such as: “I have figured out if my relationships with others are driven by my own values or follow the values of those around me” and “I have determined whether my personality is defined by who I truly am or by the culture I grew up in”.

Those participants who’d already lived abroad had clearer self-concepts than the others who shared the same plans to live abroad but hadn’t travelled yet, and this was explained statistically by their higher scores for self-discerning reflections (this was after controlling for a range of demographic and personality variables). These results suggest that time abroad increases self-discerning reflection and in turn this leads to greater self concept clarity.

Other studies the researchers conducted, including in some cases with students from dozens of different countries, led them to conclude that it’s total time spent living abroad – rather than the number of different countries lived in – that makes for greater self-concept clarity (among these participants the average time spent living abroad was 3.3 years). Greater clarity can also have a practical advantage: international students who’d spent more time living abroad reported feeling clearer about their future career direction, an outcome that was mediated by increased self-concept clarity.

Other research has found that living abroad can influence the content of a person’s self-concept – with words such as “adventurous” being added to their self-descriptions. But the new findings suggest that, because living abroad, away from your usual cultural environment, allows you to confront and perhaps redefine what truly is and isn’t important to you, it also leads to improved confidence in and clarity about who you are.  And the longer you live abroad, the more self-discerning reflections you’re likely to have, the researchers write.

The paper concludes with a quote from a 1919 book called Travel Diaries of a Philosopher by German philosopher Hermann von Keyserling: “The shortest path to oneself leads around the world.” The researchers add: “Almost 100 years later, our research provides empirical evidence in support of this idea.”

—The shortest path to oneself leads around the world: Living abroad increases self-concept clarity